This event showcased opportunities filmmakers in India have to shoot in other Commonwealth nations and collaborate with members of the film fraternity there.

“Some of the world’s best known filming locations can be found in Commonwealth countries, including New Zealand, Malta and a range of Caribbean countries,” said Acting New Zealand High Commissioner Michael Appleton. Many Indian films have been shot in New Zealand. India and New Zealand signed a filming co-production agreement in 2011 to reinforce links. The first film under this agreement – Beyond the Known World directed by Pan Nalin – is currently in production.

A short promotional film featuring actor Imran Khan and actress Sonam Kapoor, from their shooting stint in New Zealand for the film I Hate Luv Storys, was also screened at the event.

Malta, which will host this year’s Commonwealth Heads of Government Meeting in November, was the other country showcased at the event. “Malta offers some of the most spectacular sites in the Mediterranean. We invite filmmakers from India to come to Malta to benefit from the beauty of our country,” says Maltese High Commissioner John Aquilina. He also spoke of possibilities of working in Malta with reference to 2015 being the 50th year of the India-Malta diplomatic relationship.

Nila Madhab Panda, award-winning film director, went on to share his views on what constitutes and ideal co-production and detailed the current projects he is involved with. “Co-productions do not merely mean funding opportunities. They are also platforms for thought and content enrichment,” he said.

At the event, Shivani Wazir Pasrich and Michael Appleton read out the message given by the Head of the Commonwealth, Her Majesty Queen Elizabeth II. Andrew Soper, Minister-Counsellor of the British High Commission, announced the themes for the 2015 Queen’s Commonwealth Essay Competition. The evening concluded with a screening of the ‘I am the Tiger’ film by SWP Production highlighting how a an informal co-production works 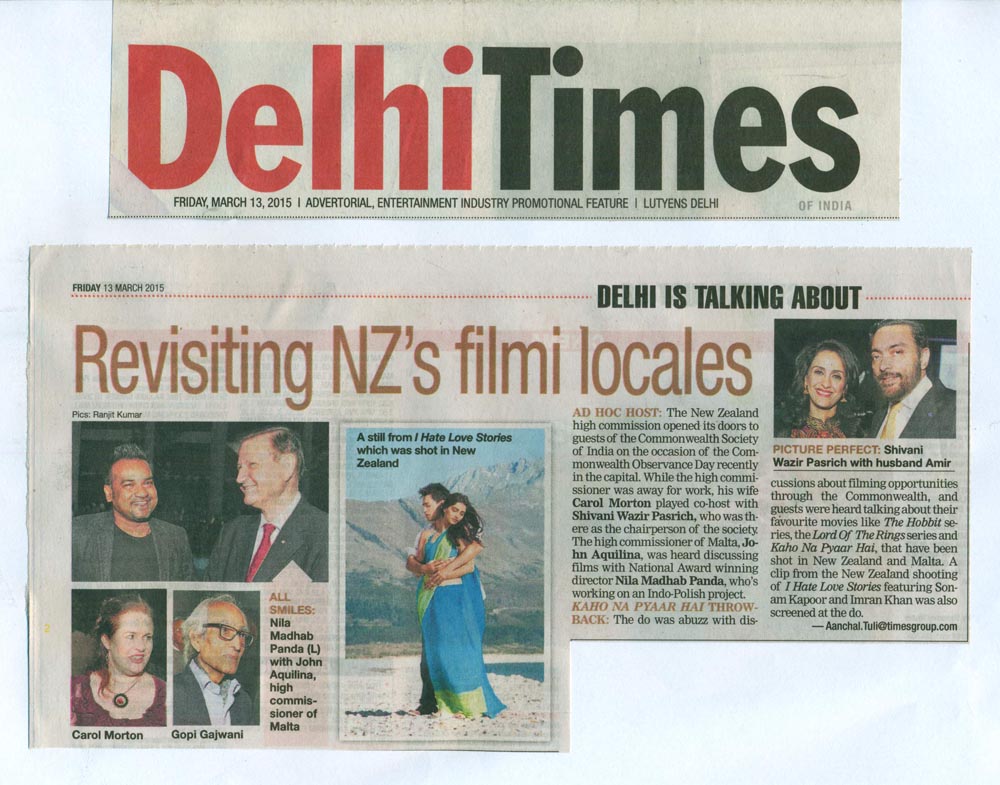